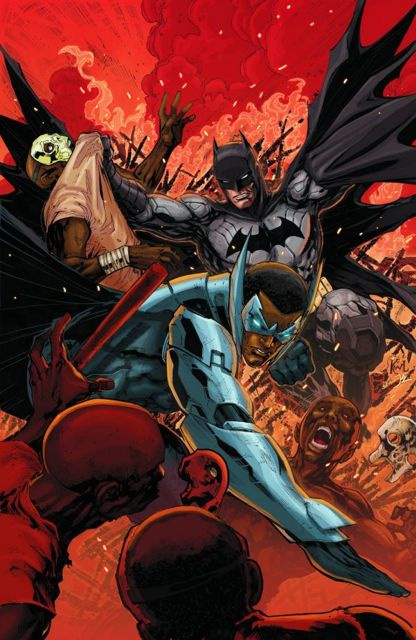 The mystery of the Kingdom, Africa's first and last Super Hero team, continues. When their former headquarters is opened to the public, its American benefactor, Bruce Wayne, is on hand. Will the villainous Massacre, who's been murdering the lost heroes, stop by for the grand opening? If he does, it will be up to Batman and Batwing to stop him. It's a battle of the bats!