The Chronicles of Kull Vol. 5: Dead Men of the Deep and Other Stories

Kull slew a bloody-handed king to free Valusia from his tyranny, but that act turned out to be the easiest of Kull's reign. King slaying is something of a sport for the upper crust of the jealous Valusian nobility, who have designs of their own for Kull. His sovereignty is threatened from without as well; evil mages, eldritch spirits, plague, and serpent-men would see Kull to an early grave. This volume reprints Kull the Conqueror Volume 3 #3 through #10 with their original colors digitally restored! 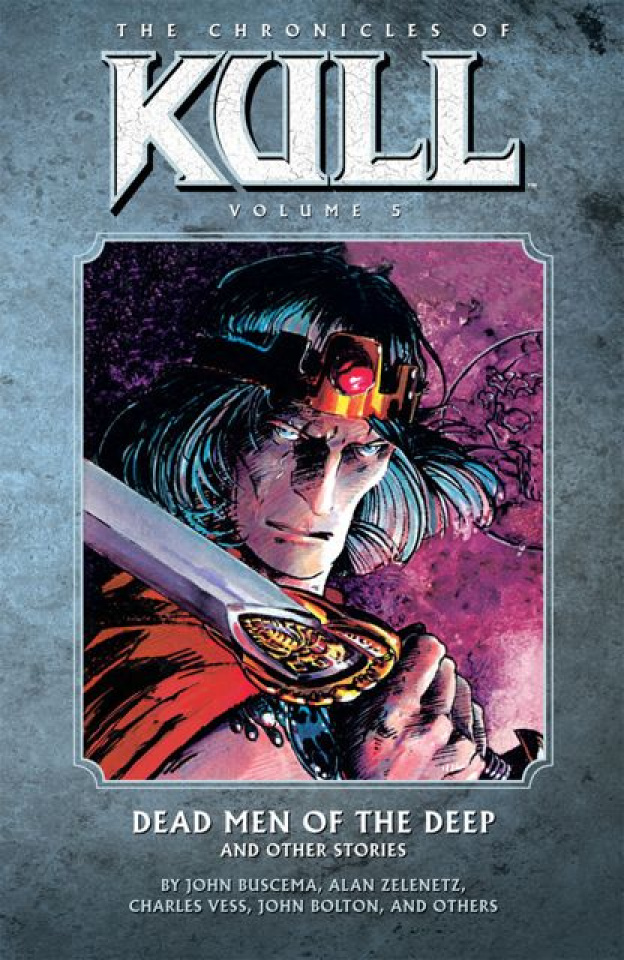