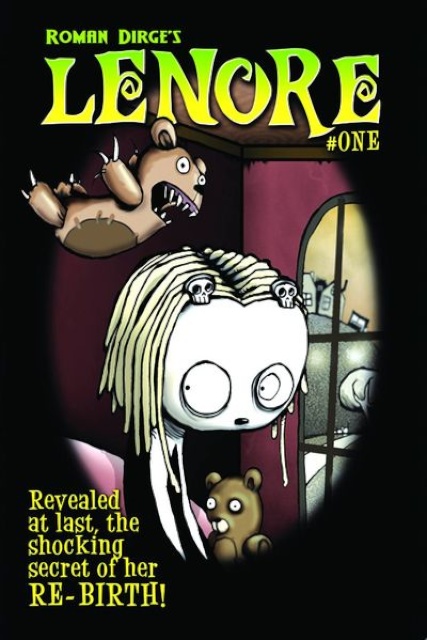 Last year, after an absence of over two years, Lenore, the cute little dead girl, returned in an all-new color comic series and the truth behind her shocking origin was finally revealed in a story called: 'The Macabre Malevolence of Mortimer Fledge.' This year, to coincide with the release of Issue #2, Titan Comics are reissuing issue #1 with a brand new Roman Dirge cover!