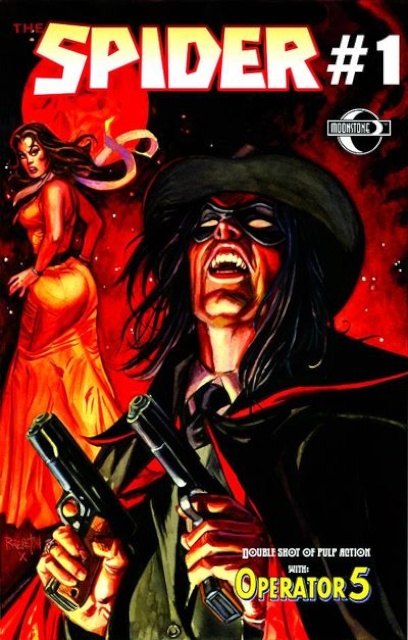 For the first time ever, since his beginnings in 1933, The Spider now has his own ongoing straight-up comic book series! The most relentless destroyer of the guilty the world has ever seen is back in all of his 'bloody pulp' action! There was no escape for Nita Van Sloan, abducted by a horde of inhuman monstrosities, doomed to become the victim of a diabolical experiment. The Spider, Master of Men, strikes back with a vengeance, fighting alone against the brutally brilliant creator of the Frankenstein Legion, in a desperate race against time to save the only woman who shares his darkest secrets!