This third volume features a ten-month epic entitled 'Fights for the Singing Sword' (a globetrotting adventure fueled by Valiant's obsessive search for his bride-to-be Aleta throughout Northern Africa), 'The Misty Isles' (Valiant meets Aleta face to face but flees upon learning that she has had his crew killed) and 'Homeward Bound,' where Valiant continues his travels before finally returning to Camelot.

His return is shortlived as an alliance threatens Britain's security, and thus Valiant must journey forth to 'The Roman Wall.' This volume also includes a portfolio of instances where Foster's work was edited or censored (including a hilariously prudish edit by a Canadian Catholic paper), and an introductory essay on Foster's art by renowned comics historian and critic Dan Nadel. 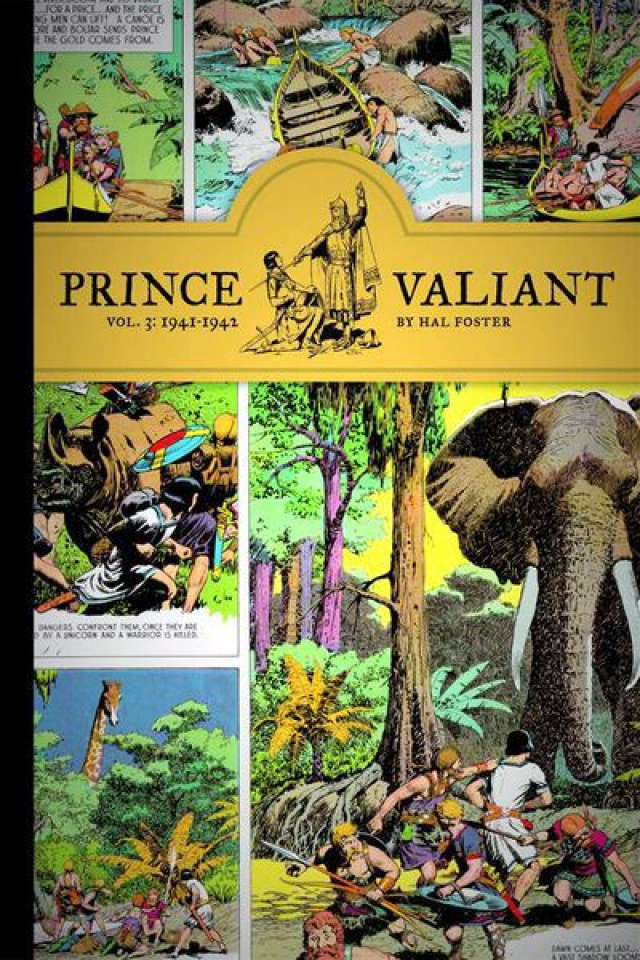