Celebrating it's fifth anniversary in 2010, the series has published over 2,000 pages of comics in its half-decade of existence, becoming a staple for those eager to discover what's new in the world of literary comics.

Mome showcases the best new talent of this decade's ascendant cartoon generation, alongside work from some of North America and Europe's most respected creators. 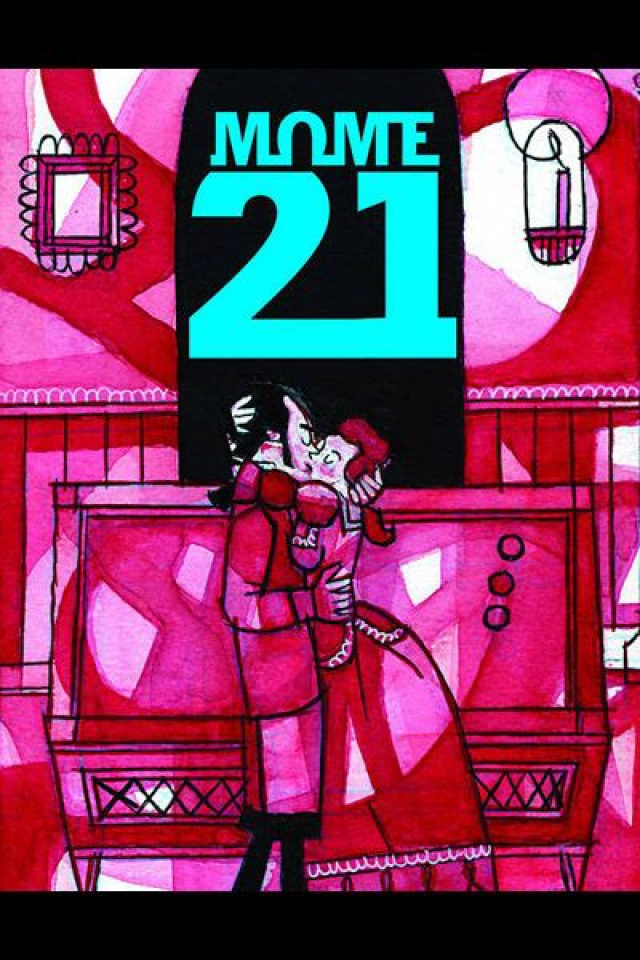