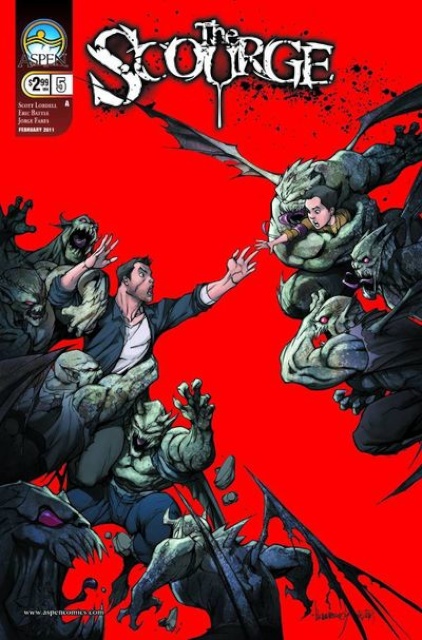 They are taking over... From the innovative mind of acclaimed movie producer Gale Anne Hurd, and written by superstar writer and visionary Scott Lobdell, comes this summer's biggest blockbuster new series - THE SCOURGE! The Statue of Liberty has been in the United States since the late 1800's and has seen millions of people come and go over the years. But, you bet she's never seen this: an army of gargoyles perched atop her arms, her robes, and her crown, ready to leave Manhattan and spread an ancient pandemic across the entire United States!
Only one man can stop this outbreak, and SWAT officer Jon Griffin had better hurry-- because the United States Government is less than an hour away from dropping a bomb on New York City! Featuring the astounding artwork of series artist Eric Battle, and colors by David Curiel, THE SCOURGE #5 is set to infect the comic book community like never before!