Time Lincoln his Travelers Team journey to the Bay of Pigs on April 1st, 1961 to face Cuba Commander and his Chronocommunists! The villains plan to have their own monstrous agents replace key CIA operatives who are running a secret mission in Cuba, turning the whole country into a massive atomic 'time bomb' factory. Things turn sour for both Time Lincoln and Void Stalin when Cuba Commander double-crosses his leader and traps everyone within a paradoxical vortex. Now Stalin's only hope for escape is the Travelers Team, and Lincoln's salvation lies with the Chronocommunist cabal! 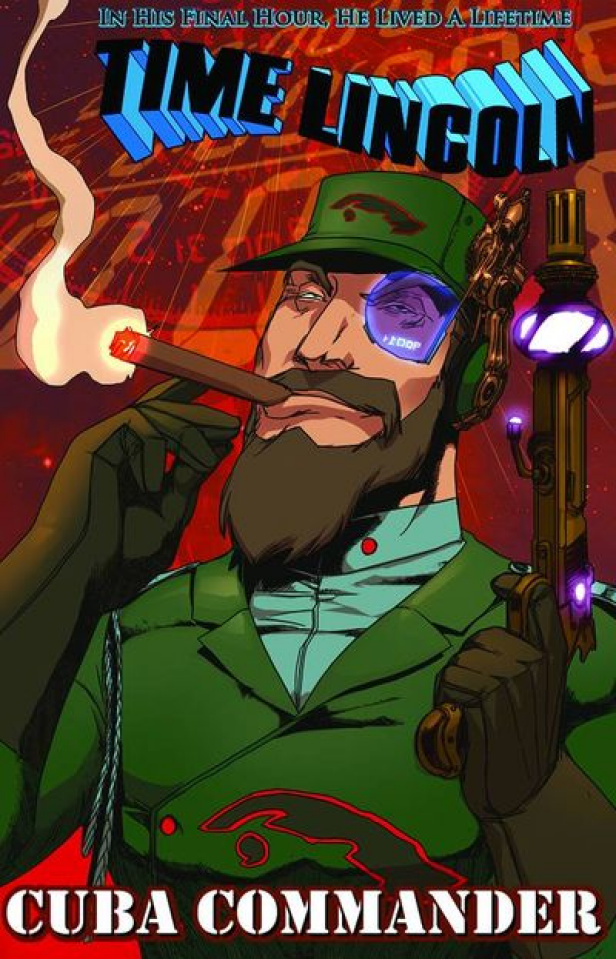