The Pet Avengers re-assemble for an all-new adventure! The disappearance of the Asgardian amphibian, Frog Thor, brings the rest of the Pet Avengers together for a rescue mission! But he's not the only mythical creature they'll find as an entire world filled with creatures of myth collides into ours in the middle of Central Park! New friends and foes jump into the fray along with the familiar roster of everyone's favorite Marvel pets: Lockjaw! Redwing! Zabu! Lockheed! Hairball! And Ms. Lion! It will take all of their might and more to put a stop to the limitless power of The Golden One, shaper of worlds! Collecting LOCKJAW & THE PET AVENGERS UNLEASHED #1-4 and material from TAILS OF THE PET AVENGERS: THE DOGS OF SUMMER. 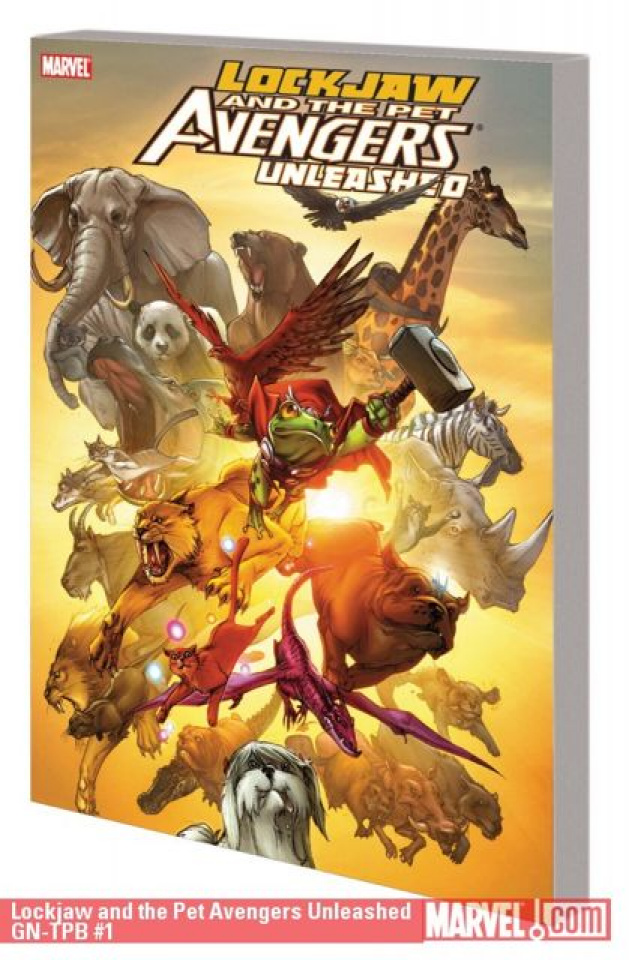