'AND THE DEMIGOD DECLARES DEATH!'
Nobody ever said being a super-hero would be easy, but the new Thunderstrike just can't catch a break. With Gruenhilda the Valkyrie criticizing his every move, the man who would be Thunderstrike begins a quest to recover his stolen mace.

Along the way, he adopts a daring different persona, uncovers a plot to invade Olympus and soon finds himself in a fight for his life against a super-powered demigod who is on a mission of vengeance! 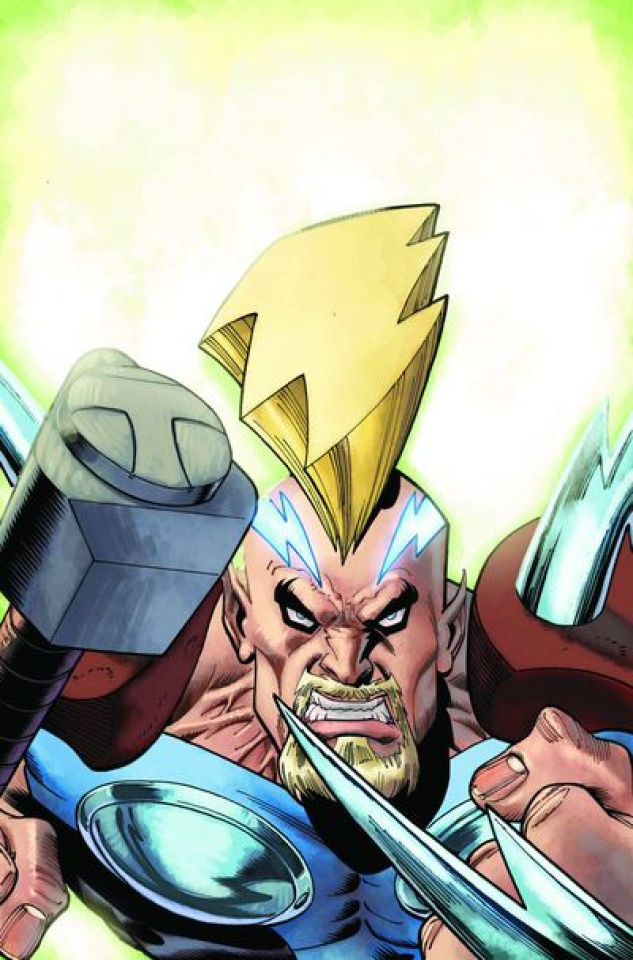