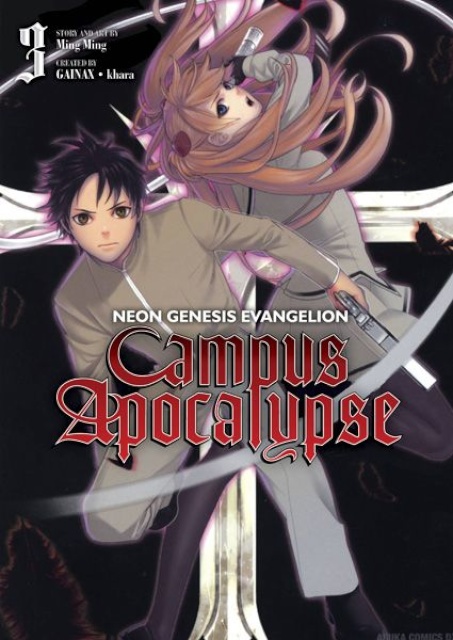 Accompanied by his high-strung 'frenemy' Asuka Langley, Shinji sets out to locate Misato Katsuragi. On a journey through the underground tunnel beneath the school abbey, Shinji sees something that shouldn't-couldn't-exist! Suddenly, before his eyes, the sinister role played by Shinji's father Gendo in the whole conspiracy becomes shockingly clear!

* Interest in the Evangelion series is reaching new heights with the theatrical release of the Rebuild of Evangelion movies.