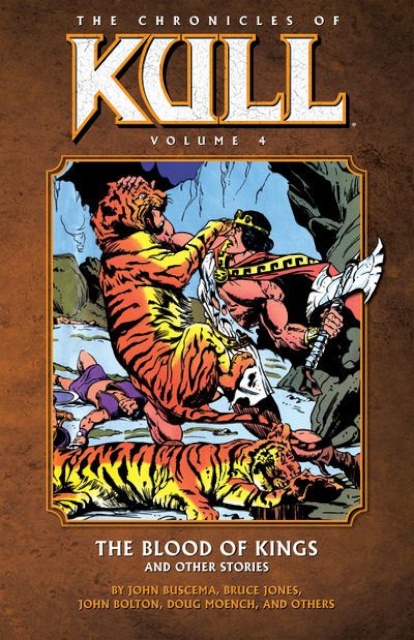 The Chronicles of Kull Vol. 4: The Blood of Kings & Other Stories

When Kull the Conqueror was relaunched in 1982, the finest fantasy artists and writers were assembled to bring all of Kull's barbaric rage to a new generation of fans! The legendary John Buscema and John Bolton lend their pencils to acclaimed writers Bruce Jones and Doug Moench's epic tales of precataclysm warfare and political intrigue. This volume collects four giant, forty-eight-page Kull stories, including "Eye of the Tigress," about an ambitious warrior woman with a tiger's strength and ties to Kull's past; "The Blood of Kings," which tells of an Atlantean invasion of Valusian soil, and more!

* Features the writing of the comic-book superstars Doug Moench and Bruce Jones.

* Art by the legendary John Buscema and John Bolton!