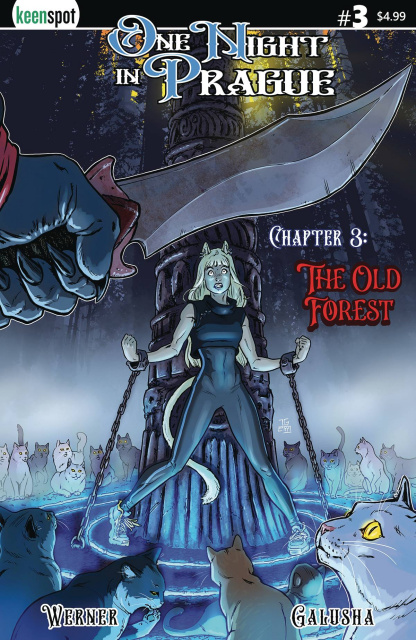 One Night in Prague #3 (Galusha Cover)

Final issue! Witness an epic battle between our heroes and the mysterious Night Cats, led by their powerful shapeshifting king. After Lea is captured by his legions, King Roman takes her to an ancient forest to sacrifice her. It is now up to Siwan and his dad Minkyu to rescue Lea and defeat the Night Cats once and for all.