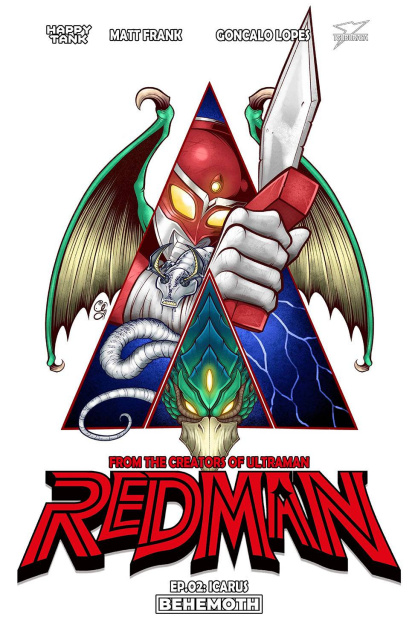 From the studio that created the cult TV show Ultraman (Now a Marvel Comics series and Netflix Show). Here is Redman, the Kaiju Hunter...

The star monster of this second episode is ICARUS, one of the classic enemies of the Ultraverse, his first appearance was in 1967 Ultraseven followed by apparences in Ultraman Taro, Ultraman Ginga and Ultraman X. Time to broadcast, Redman has a new opponent.

Redman is a TV show produced by Tsuburaya, part of the Ultra series. Ultraman was the world's third top selling licensed character in the 80s, generating $7 Billion between 1966 and 1987 ($17 Billion in 2020 dollars). All the Kaiju in the Redman comics appear in the Ultraman regular TV series.