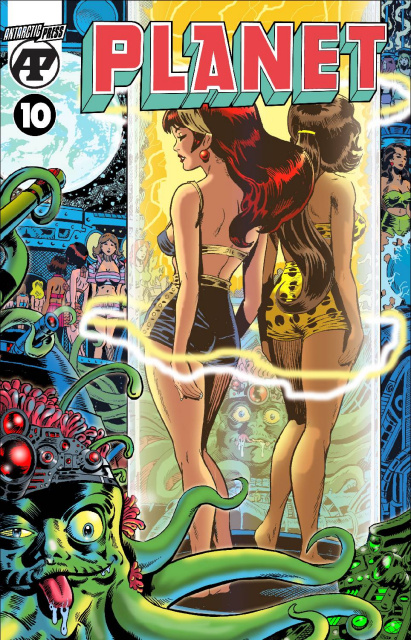 But one of them, Black Glass, became Obsidia and betrayed her sisters to the Disciples of Umex.

"Water Wars" (Deivid Deon, Timothy B. Fling): Rescued by an unknown benefactor, a young woman has been changed fundamentally in order to join a battle to destroy the oppressive cyborg gang that threatens her city.

"Five of One, Half a Dozen of Another!" (Dan Johnson, Dann Phillips): On a world that appears devoid of intelligent life, a crew from Earth uncover an alien threat, but something about their current situation just doesn't add up. "Robot" (Marcello Bondi, Vincenzo Michieli): The workforces' worst fears are true: Robots are coming to take their jobs!