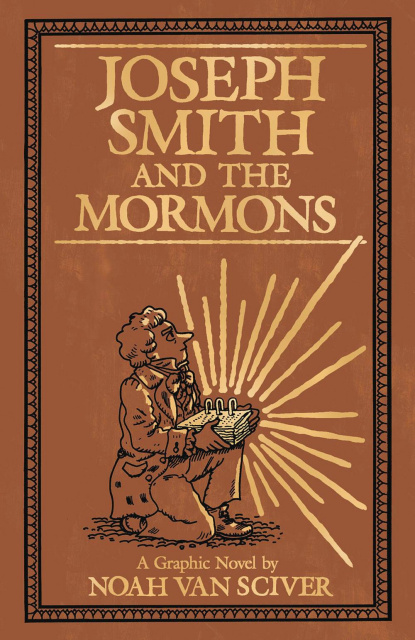 Joseph Smith and the Mormons

In Joseph Smith and the Mormons, author and illustrator Noah Van Sciver, who was raised a Mormon, covers one of history's most controversial figures, Joseph Smith-who founded a religion which is practiced by millions all over the world. The book discusses all of the monumental moments during Smith's life, including the anti-Mormon threats and violence which caused his followers to move from New York to Ohio, Smith's receiving the divine commandment of plural marriage, his imprisonment, his announcement to run for president of the United States, and his ultimate murder by an angry mob in 1844 at the young age of 38. With a respectful and historical approach, and strikingly illustrated, this graphic novel is perfect for those curious about the origins of the Mormon faith and the man who started it all.