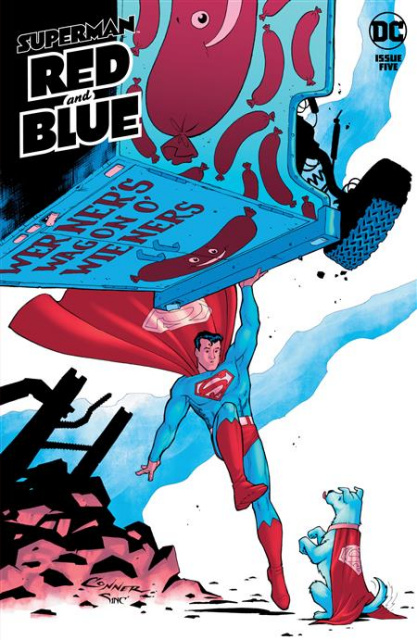 There's no dog in the Multiverse quite like Superman's real best friend, Krypto! Join us this month for an epic retelling of Superman's canine companion's origin story, along with four additional tales about the Man of Steel, including one that proves that even in his secret identity Clark Kent is just as super. While Superman is known for his larger-than-life heroism, in this issue we tell the story of a delicate infant rocketed through the unforgiving universe! Also, meet for the first time the man rescued by Superman more often than anyone else in the Multiverse. And follow Pa Kent as he learns what it really means to be the father of a superhero. You won't want to miss the penultimate issue of this star-studded anthology celebrating the Man of Steel!