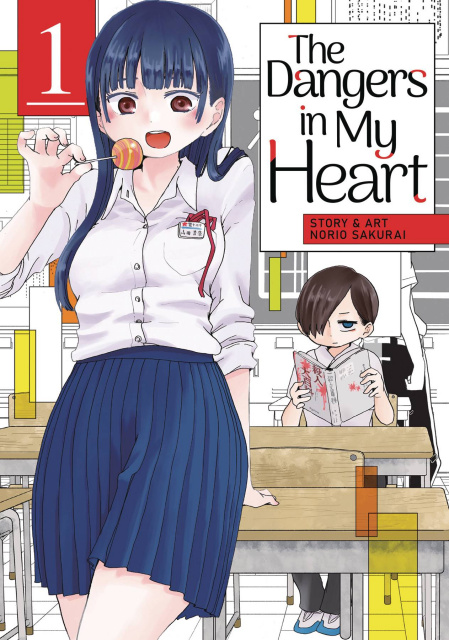 The Dangers in My Heart Vol. 1

Quirky courtship awaits in this comedy nominated for the 2020 Manga Taisho Award! Ichikawa Kyotaro, a boy barely clinging to the bottom rung of his school's social ladder, secretly believes he's the tortured lead in some psychological thriller. He spends his days dreaming up ways to disrupt his classmates' peaceful lives and pining after Anna Yamada, the class idol. But Kyotaro's not nearly the troubled teen he pretends to be... and it turns out Anna's a bit odd herself!