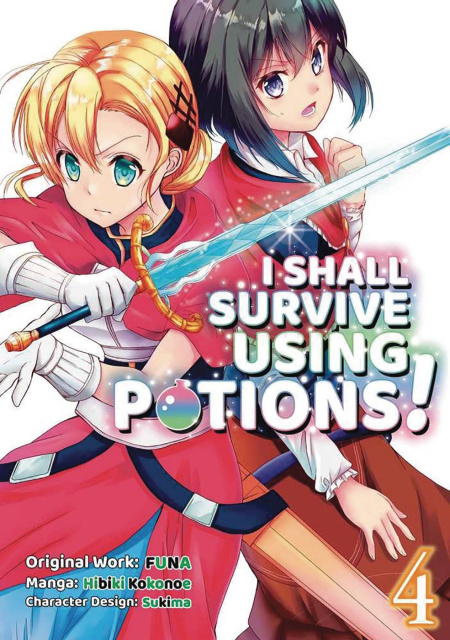 I Shall Survive Using Potions! Vol. 4

Kaoru thought she could save everybody, but no plan survives contact with the enemy. The Aligot Empire is on the march, and she's right in their path! Hemmed in by geography, the Empire invades neighboring Balmore, looking to secure a path for future expansion, as well as the Angel of the Goddess and her magical healing potions. But Kaoru, despite claiming to want a peaceful life, has no intention of letting this sort of thing slide. Alongside her loyal followers, she's going to use her potion powers to make this invasion a nightmare for the aggressors - and maybe even uncover a sinister conspiracy involving the clergy of the Goddess Celestine along the way.