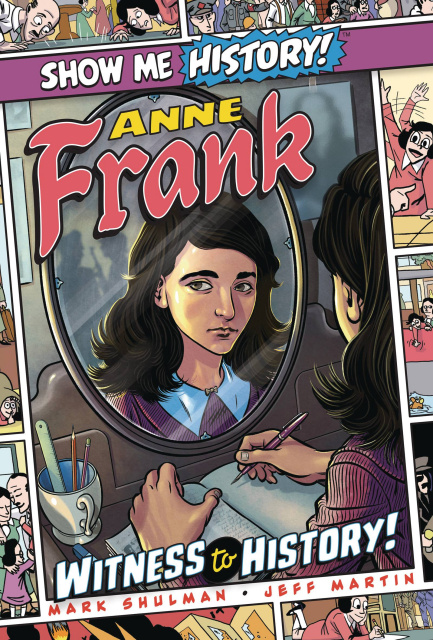 Few stories are as moving as that of Anne Frank, a young Jewish girl who became known to the world only when her diary was published posthumously after the end of World War II. Anne Frank: Witness to History! is the biography-in graphic novel format-of the courageous girl who hid with her family from Nazi occupants in Amsterdam, living for two years in a secret annex behind a bookcase. Every day spent in hiding brought new anxieties to Anne and her family, until the day they were discovered and sent to concentration camps. Full-color illustrations and historically accurate text make this biography an educational and inspiring read for those who enjoy history and graphic novels.