The return of indie comic book sensation Strange Attractors by Mark Sherman & Michael Cohen! Sophie, curator of a futuristic museum, is caught up in an adventure involving science, magic, mathematics and comic books. This forth issue, Sophie sets out to save Pirate Peg from the creature named Syntaar and learns the story of the ancient war between Magic and Science. Each issue has a standard cover, a retro cover, and a guest artist variant cover. This issue's guest variant cover artist is Andrew Pepoy! 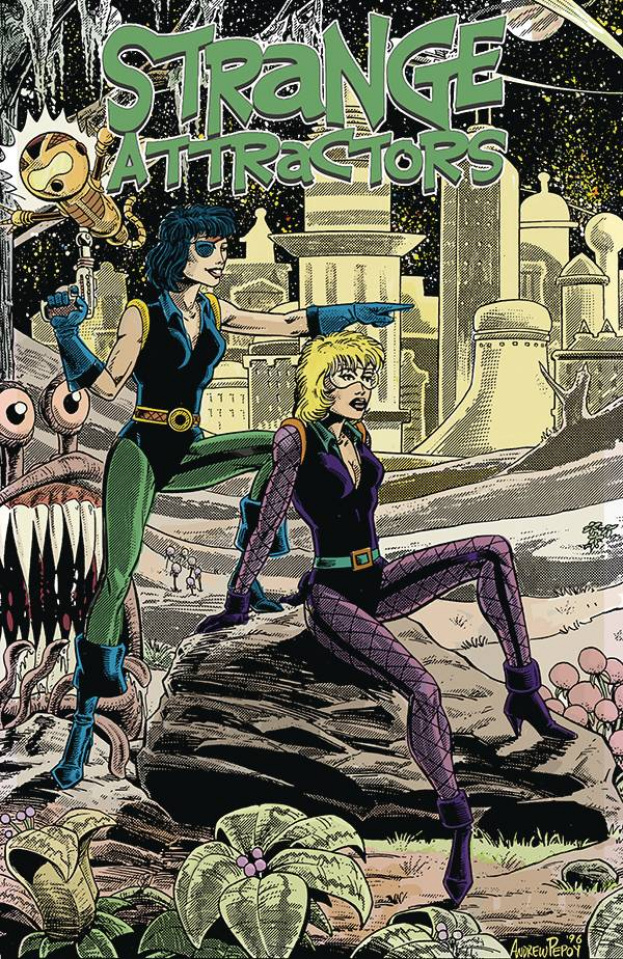