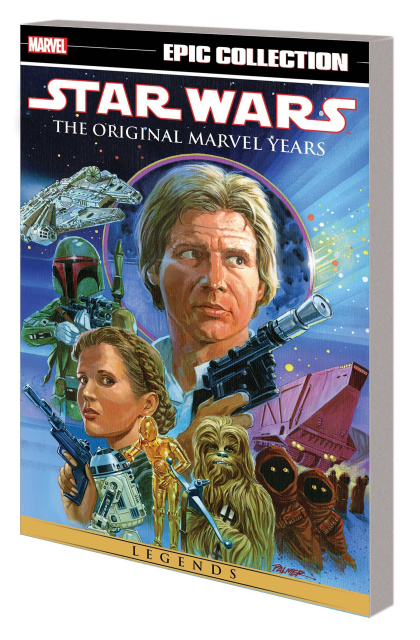 The search for Han Solo! Determined to rescue their friend from his carbonite prison, the heroes of the Rebel Alliance undertake mission after mission to track him down - while staying one step ahead of the Empire! But Darth Vader remains equally determined to capture Luke Skywalker, and - with the evil Emperor Palpatine - prepares one final trap to reunite father and son. It all culminates in a gorgeous comic book adaptation of Return of the Jedi - but the story doesn't end there! The rebels have one final mission: to defeat the last remnants of the Empire and create a New Republic to unify the galaxy once more. But another Dark Lord is waiting in the wings!