Wynonna Earp: All In

The ultimate jackpot for Wynonna Earp fans, this compendium collects every comic book adventure since the premiere of the fan-favorite TV series, including stories by stars Melanie Scrofano and Tim Rozon! Join Wynonna Earp, her sister Waverly, Officer Haught, Agent Dolls, and immortal gunslinger Doc Holliday as Wynonna grapples with the legacy of her ancestor, the legendary lawman Wyatt Earp. There was much more to Wyatt than the history books tell: he used his mystical sidearm, the Peacemaker, to send demons back to hell! Now the family curse means the eldest Earp child must accomplish the same task, as the vengeful Revenants return with each generation! As Wynonna goes All In, she'll face more than just her family's demons. Vampires, werewolves, and the infamous Pinkertons all find themselves in her sights. Plus, there's no rest for the wicked, as Wynonna learns that Earps don't get vacations, and a jailbreak from Black Rock Prison proves that even the Peacemaker can't bury all her problems! 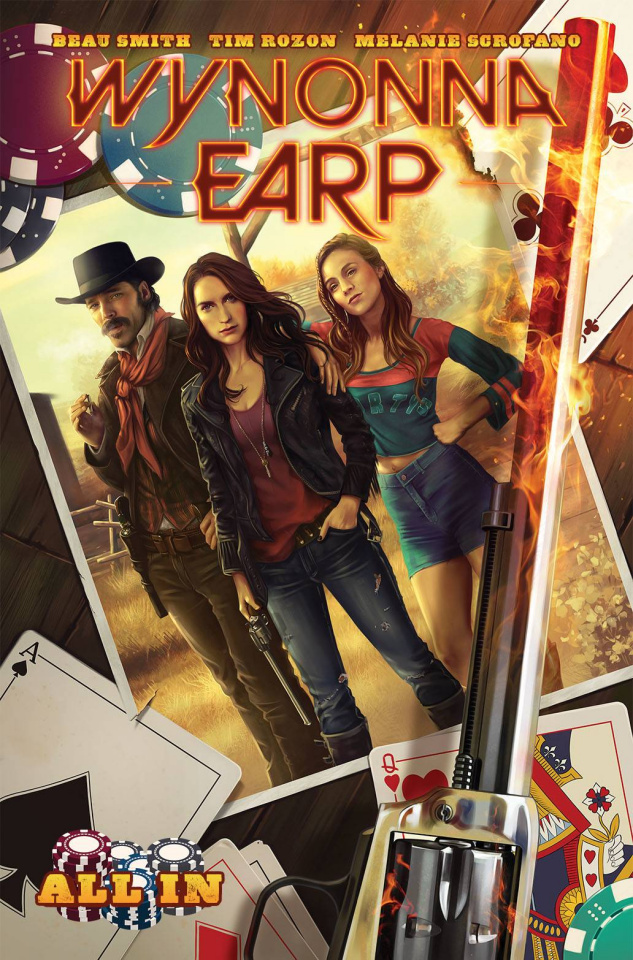