From Ahoy Comics. It's the second coming of Second Coming #1 - a new printing of the sold-out book that everyone's talking about, by award-winning writer Mark Russell (Snagglepuss, The Flintstones) and artist Richard Pace (Pitt, New Warriors)! God commands Earth's mightiest super-hero, Sunstar, to accept Jesus as his roommate and teach him how to use power in a...more powerful way. Jesus, shocked at the way humans have twisted his message over two millennia, vows to straighten them out. This deluxe first issue features 30 pages of story, and a different logo color for the second printing.

"This may end up being one of the most talked about books of the year. It deserves to be. It's absolutely brilliant."- Forces of Geek

"Headlines aside, if you read the book, what you actually find is not a takedown of religion, but, as Russell describes it, an attempt to spread the Gospel." - The New York Post

"The world's most dangerous comic and the most lovely." - Comics Beat 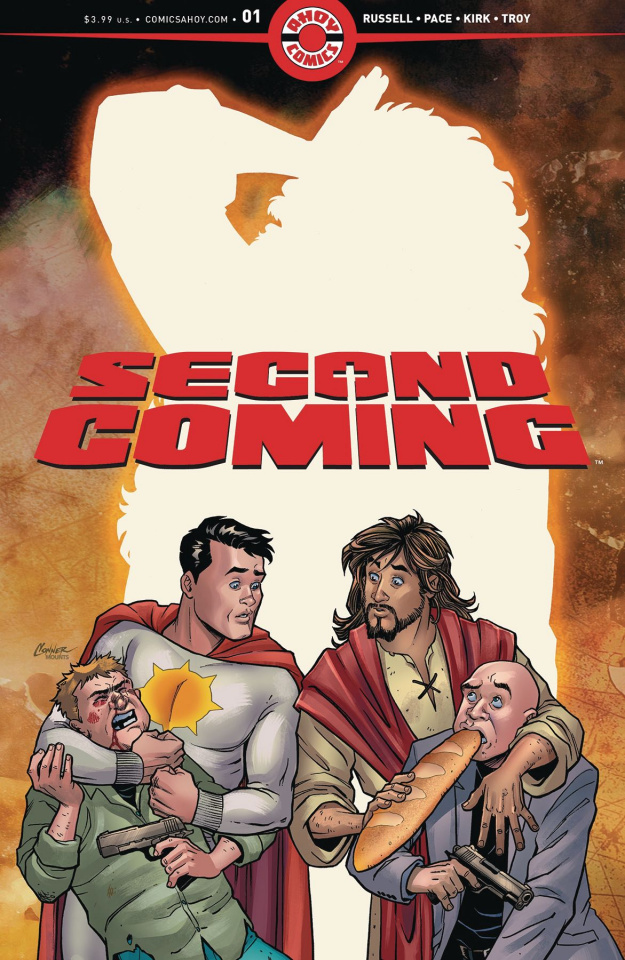