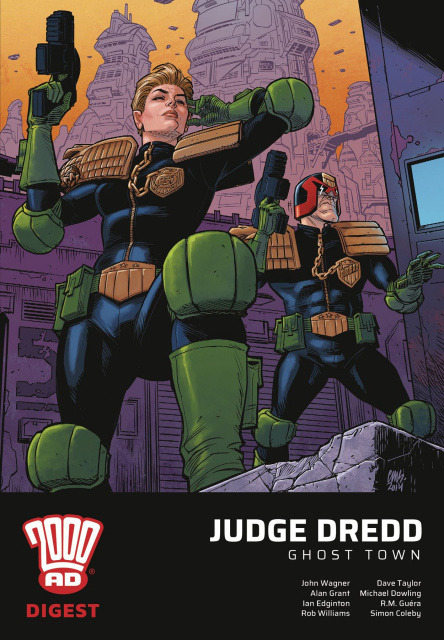 Mega-City One, 2135 AD. After the destruction wrought by the Chaos Bug with most of the city in ruins, a decimated Justice Department is struggling to cope. With disease, corruption, and looting rife, there are some that seek to take advantage of the city's condition, including dangerous psychic, Algol Rey. Judge Dredd and Psi-Judge Anderson have survived, but after all the violence and horror, can they bring order back to a damaged city? Their limits as Judges are put to the test!