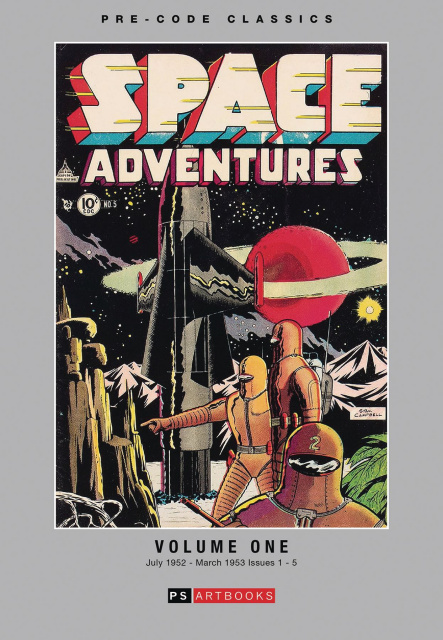 This bumper-full line-up from Charlton Comics' fearsomely far out and appropriately titled other-worldly Space Adventures comic from the 1950s has everything you could imagine. For fans of Quatermass, I Married A Monster From Outer Space, and Dan Dare, this volume of goodies near on demands that you dig out that old goldfish bowl and your holstered interstellar raygun. Writers and artists include Al Fago, Lou Morales, Frank Frollo, Albert Tyler, Art Cappello, Dick Giordano, John Bell and Stan Campbell.