If you thought the Wailing Blade was deadly, wait until you see the Wrack Hammer! Time runs short as the Bonebreaker arrives in Ordz, claiming her right to kill Auros, the bandit king. Can Tychon save his father from not one, but TWO executioners? It's time for a knock-down, drag-out fight between two of the deadliest weapons in the universe! The saga of mankind's dark future continues in the action-packed Wailing Blade #3, from writer Rich Douek and artist Joe Mulvey! 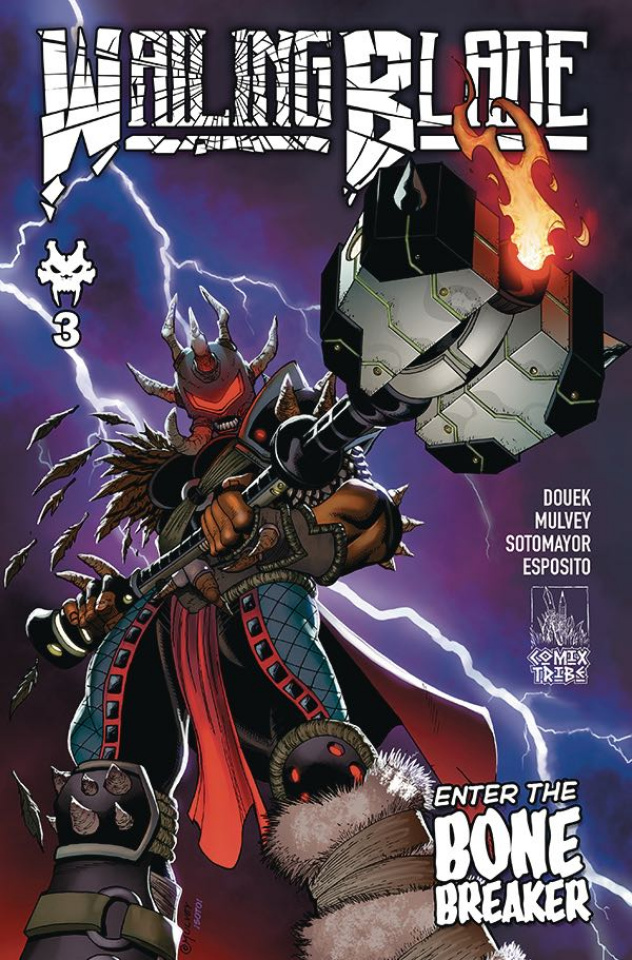