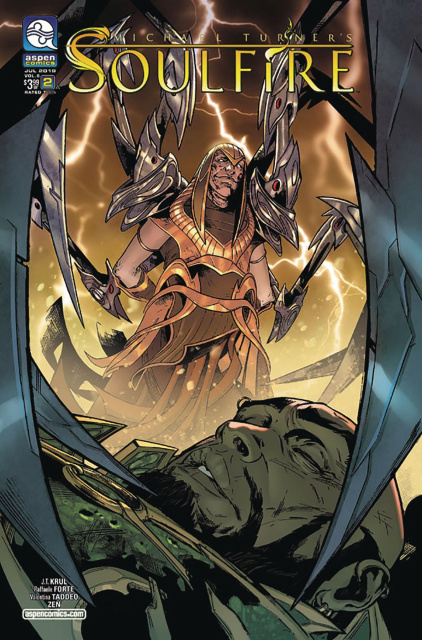 Soulfire is back with its biggest story-and greatest challenge to its heroes ever! Grace is determined to protect magic in all its forms from a world still locked in their technological ways, but she is not outwardly looking for a fight. Minerva, on the other hand, has amassed a strike force from around the globe and is ready to face this strange new danger. And now, she has a target--Rainier's realm at Devil's Tower! Veteran Soulfire scribe J.T. Krul (Soulfire, Jirni) returns and teams up with rising star Raffaele Forté and colorist Valentina Taddeo (Aspen Visions: Soulfire) in this magical world-shattering new volume that will change the face of everything you know about the Soulfire Universe!