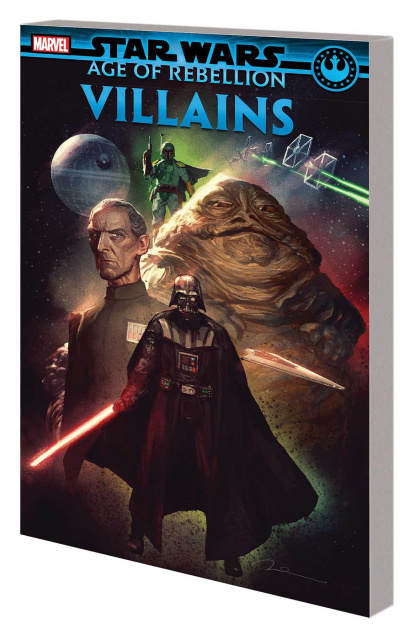 The Age of Star Wars - an epic series of adventures uniting your favorite characters from all eras - reaches the iconic villains of the Original Trilogy! Boba Fett has earned his reputation as one of the galaxy's greatest bounty hunters, but what heart - if any - beats under that Mandalorian armor? Fury burns deep inside Darth Vader when a mere moff dares command him - but at what point does Vader show his true mettle? Discover what makes the name of Jabba the Hutt so feared across the galaxy! Behold the secret story of Grand Moff Tarkin! And get to know the cold, calculating assassin droid known as IG-88!