SAVAGE SWORD OF CONAN, the cornerstone of Marvel's black-and-white magazine line, offered up stories of fiction's most famous barbarian unencumbered by the Comics Code! With the rules of civilized publishing cast off, SAVAGE SWORD presented ferocious, untamed tales the likes of which Conan himself would approve. Writer Roy Thomas and artistic greats including John Buscema and Neal Adams took full advantage - and the results were a sensation! Multi-part sagas like "The People of the Black Circle" luxuriate in extended tellings, while Buscema's take on "The Tower of the Elephant" explores the nuance of an all-time Robert E. Howard classic. And it's topped off with MARVEL COMICS SUPER SPECIAL #2, a tale of vengeance lavished with fully painted colors! 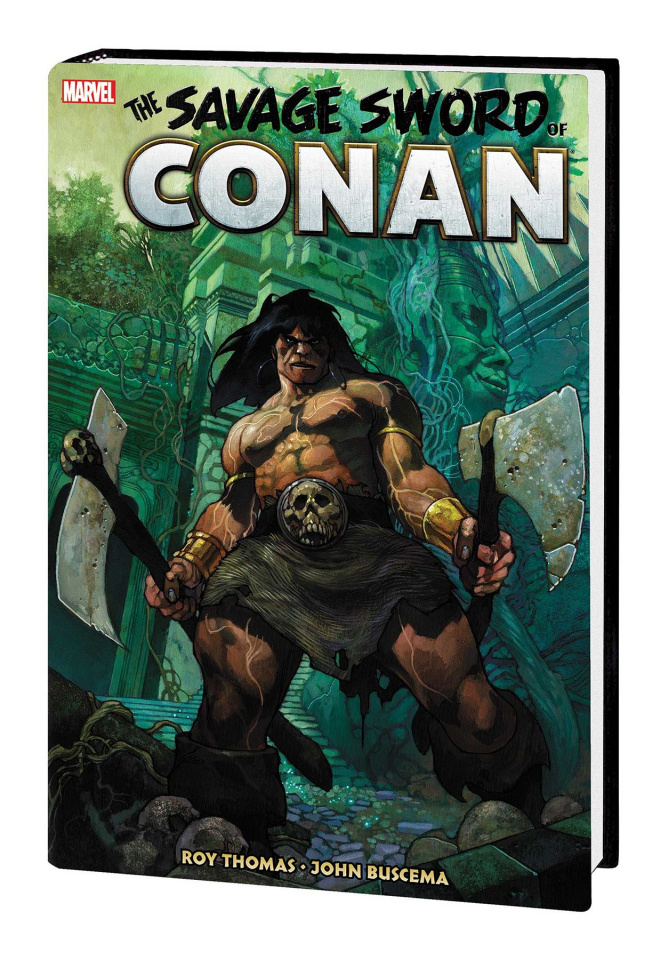