It Was the War of the Trenches

World War I, that awful, gaping wound in the history of Europe, has long been an obsession of Jacques Tardi's. It Was the War of the Trenches is Tardi's defining, masterful statement on the subject, a graphic novel that can stand shoulder to shoulder with Erich Maria Remarque's All Quiet on the Western Front and Ernest Hemingway's A Farewell to Arms. Tardi is not interested in the national politics, the strategies, or the battles. Like Remarque, he focuses on the day to day of the grunts in the trenches, and, with icy, controlled fury and disgust, with sardonic yet deeply sympathetic narration, he brings that existence alive as no one has before or since. Yet he also delves deeply into the underlying causes of the war, the madness, the cynical political exploitation of patriotism. And in a final, heartbreaking coda, Tardi grimly itemizes the ghastly human cost of the war, and lays out the future 20th century conflicts, all of which seem to spring from this global burst of insanity. Trenches features some of Tardi's most stunning artwork. Rendered in an inhabitually lush illustrative style, inspired both by abundant photographic documentation and classic American war comics, augmented by a sophisticated, gorgeous use of Craftint tones, Trenches is somehow simultaneously atypical and a perfect encapsulation of Tardi's mature style. It is the indisputable centerpiece of Tardi's oeuvre. 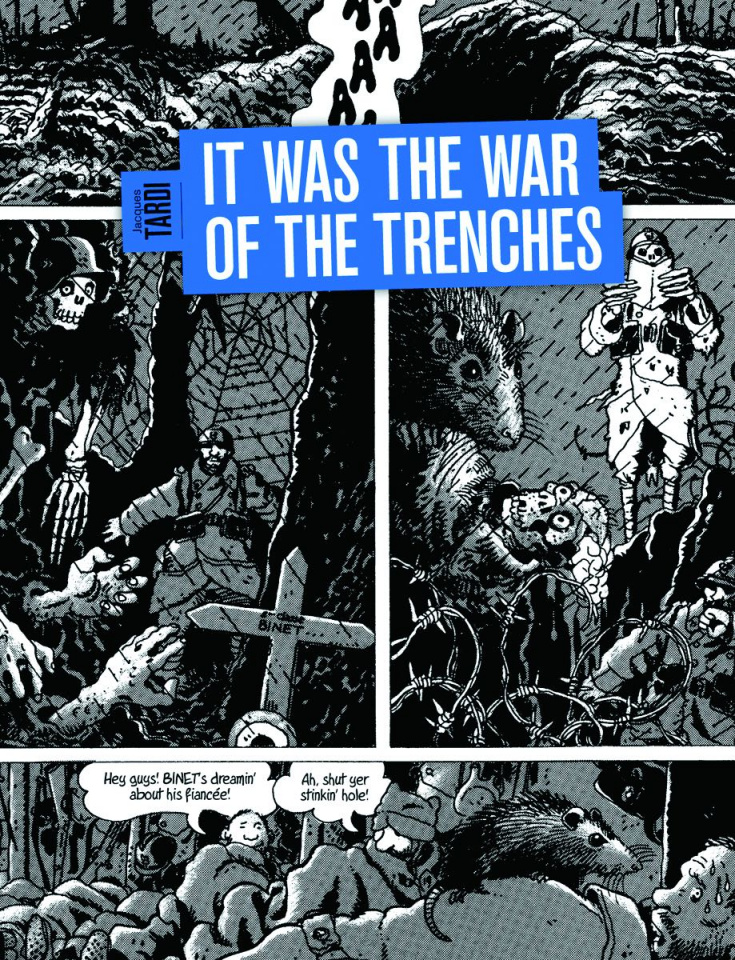