For the first time in full color, the winner of the Eisner Award for Best Graphic Album is available in three trade paperback volumes complete and unabridged! A New York Times-bestseller, RASL is Jeff Smith's follow up to his epic fantasy BONE. A tightly wound mixture of science fiction, noir and conspiracy theories, RASL is a gritty, hard-boiled tale of an inter-dimensional art thief caught between dark government forces and the mysterious powers of the universe itself. When Rasl, a thief and ex-military engineer, discovers the lost journals of Nikola Tesla, he bridges the gap between modern physics and history's most notorious scientist. But his breakthrough comes at a great personal price. In this twisting tale of intrigue and betrayal, Rasl finds himself in possession of humankind's deepest, most dangerous secret. Originally serialized in black & white comic books and graphic novels, the Eisner award-winning completed novel is embellished with muted, smoky color by Steve Hamaker and Jeff Smith. 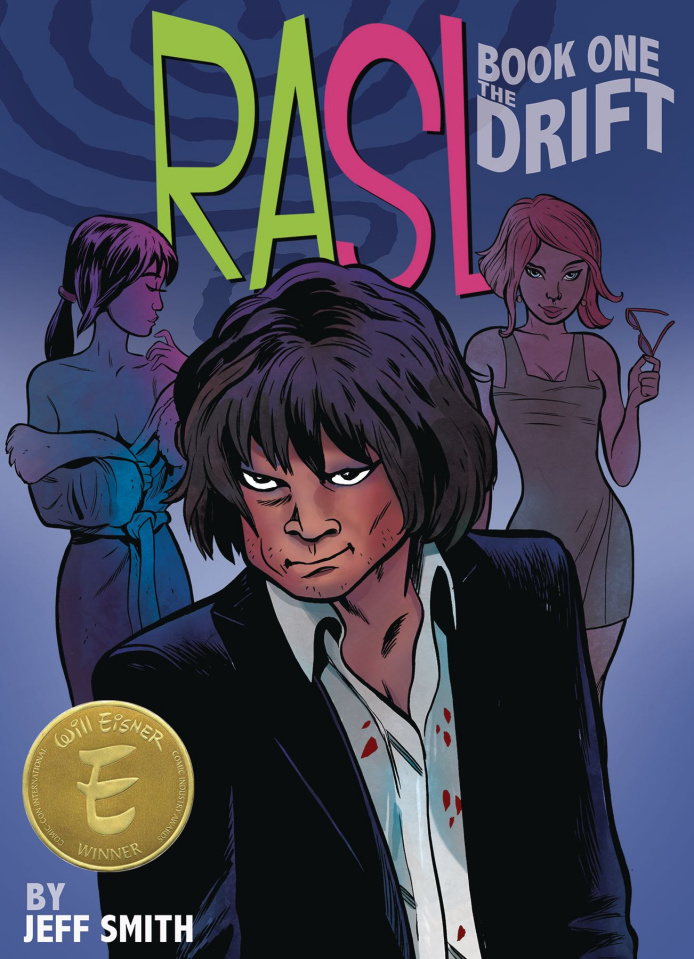