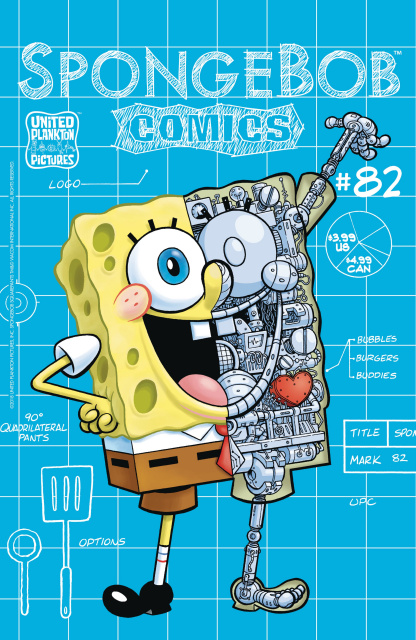 SpongeBob is having fun with his new hobby-tinkering with robots that do simple tasks like... flipping patties! Mr. Krabs seizes on the opportunity to robotize the entire Krusty Krab! But when the mechanical replacements turn on Krabs, SpongeBob must don the tight-fitting tunic of Spongebob: Robotfighterpants! Then in "Secret Identities," SpongeBob finds out that Mermaid Man and Barnacle Boy don't have secret identities! SpongeBob and Patrick help the aged heroes rectify this blatant disregard for superhero tropes by becoming, themselves, the secret identities of their favorite heroes! Plus: "SpongeFunnies" by James Kochalka and ocean facts from Maris Wicks!