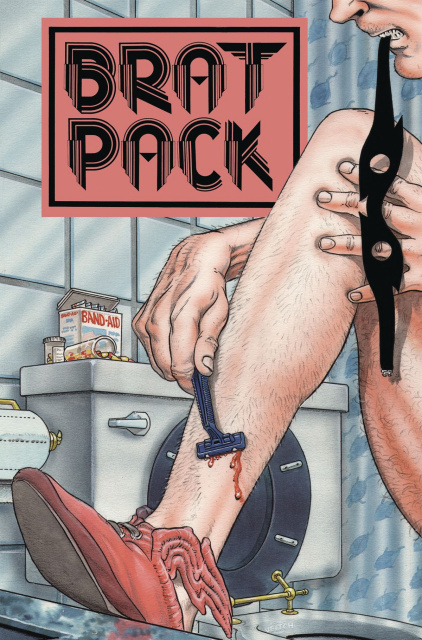 Just as Moore's Watchmen dissected the notion of superheroes, this underground classic deconstructs the implausible comic book mainstay that is the kid sidekick. Both darkly comic and just plain dark, Rick Veitch's Brat Pack has been considered a must-read almost since the release of its first issue in 1990. Now, fifteen years after its last printing, it's back in a new hardcover edition.

Subversively subtle yet completely over the top, Brat Pack is uncompromising, uncomfortable, and

unforgettable. It's also an essential for every graphic novel collection. This black and white hardcover edition includes Neil Gaiman's introduction, as well as a new essay by Rick, extra art, and the original 23-page series proposal.