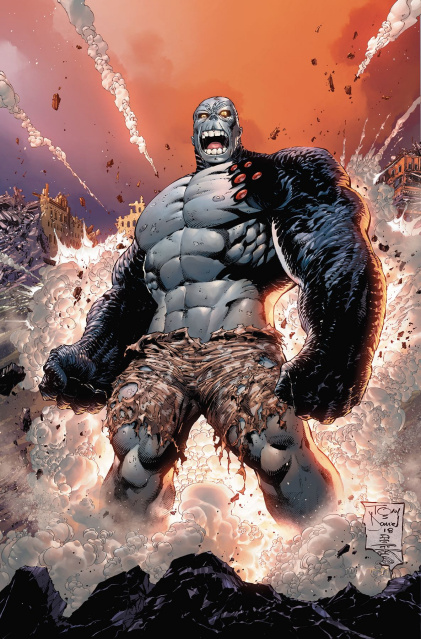 Ethan Avery is Damage, the monstrous brute with unlimited strength for an hour. That's the (semi) good news. The bad...? Ethan's on the run from the army that transformed him. Mr. Leash's metahuman tactical squad is hot on Avery's trail-what could go wrong when a bunch of bloodthirsty super-soldiers take on a rampaging monstrosity called Damage? PLUS: What is Colonel Jonas' gut-wrenching reason for running the top-secret superhuman chop shop? Secrets are revealed in part one of the new story "Scuttled."