Cinema Retro is back with its first Special in two years, and this time around we are celebrating "World War II movies of the Sixties." It's packed with behind-the-scenes stories, facts and photographs, all paying tribute to those star-studded military escapades we all loved back in the day when Hollywood was at its best. Films featured include Battle of the Bulge, The Victors, Play Dirty, Tobruk, Hannibal Brooks, Anzio, Von Ryan's Express, The Heroes of Telemark, The Guns of Navarone, Operation Crossbow, Is Paris Burning?, and The Train. Featuring many rare stills, poster art, collectibles, behind-the-scenes photos, locations then-and-now, special effects stories, and so much more. 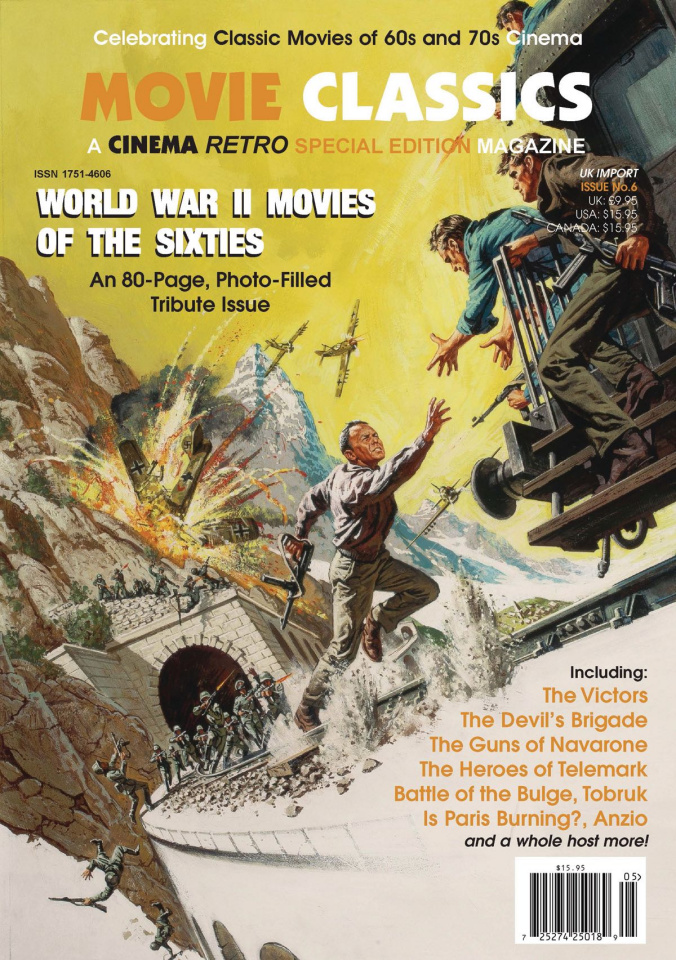