Britannia: We Who Are About to Die #4 (Ryp Cover)

Death and the deity!

The horrifying truth behind Rome's grisly string of murders has finally come to light... but will Antonius Axia and his mysterious new partner - the gladiator Achillia - be able to stomach it? It's a race against the clock to stop a serial killer - who may very well be the vengeful spirit of Apollo himself - before it strikes again! But should Antonius and Achillia fail in their mission, they'll condemn not only Rome...but those Antonius holds dear as well.

Visionary creators Peter Milligan (Shade, the Changing Man) and Juan José Ryp (Britannia) bring the latest case for history's first detective to a chilling close... and forever alter the history of civilization itself! 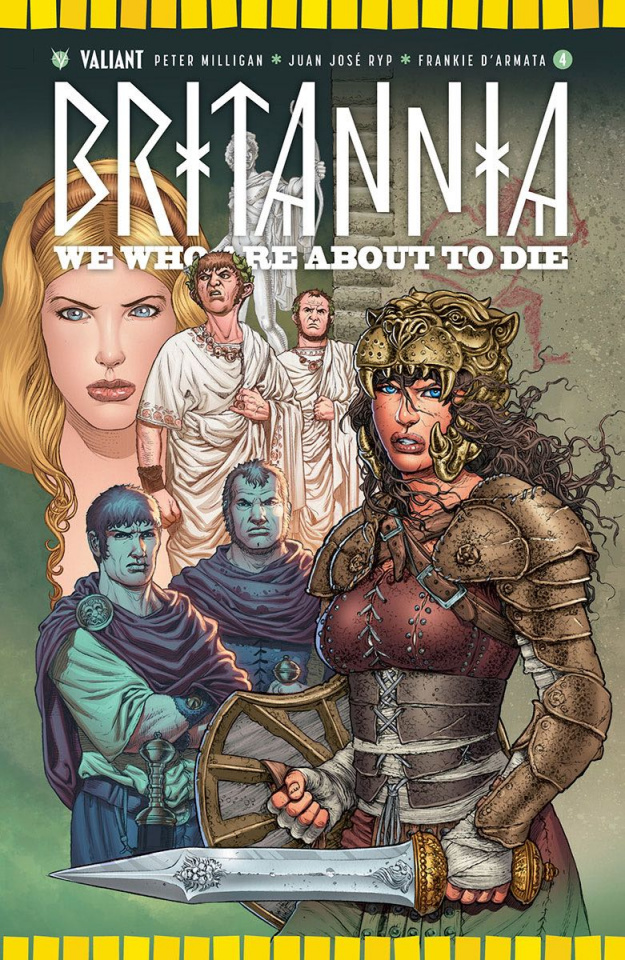