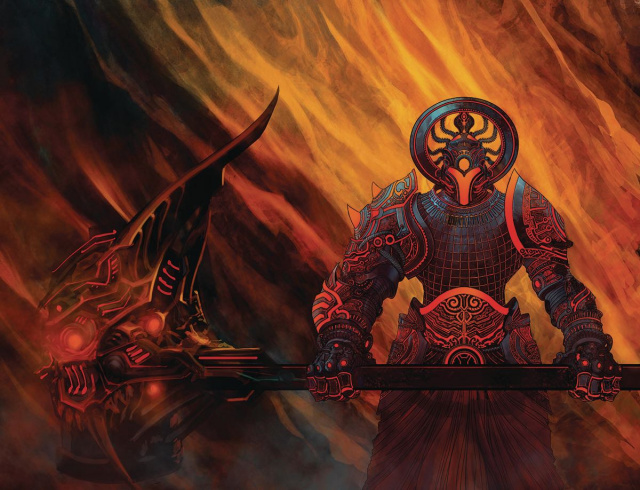 "The essential ambiguity, humanity and realism of these characters, set in this incredible world of the imagination, gives 18 Days its unique flavor. The tone is modern, gritty and emotionally real against a backdrop of a mythic super-war."- Grant Morrison

From legendary creator Grant Morrison (Avatarex, All Star Superman, Batman & Robin, The Invisibles) comes the fourth volume in his epic creation, 18 Days! The battlefield grows deadlier as we explore how the war has affected the next generation through the eyes of Arjuna's son, Abhimanyu. Follow the young warrior's epic adventure as he learns about the consequences of war while being hunted by Emperor Duryodhana's deadliest assassins!