Star Trek: Graphic Novel Collection #12: The Edge of the Galaxy

Follow the "Kelvin Timeline's" crew as they revisit some of the well-known missions of their previous selves! IDW's Star Trek series, sometimes referred to as Star Trek: Ongoing, picks up the story where the 2009 movie left off! The first six issues are collected in this volume that re-imagines adventures from The Original Series, and features the new crew of the Enterprise. 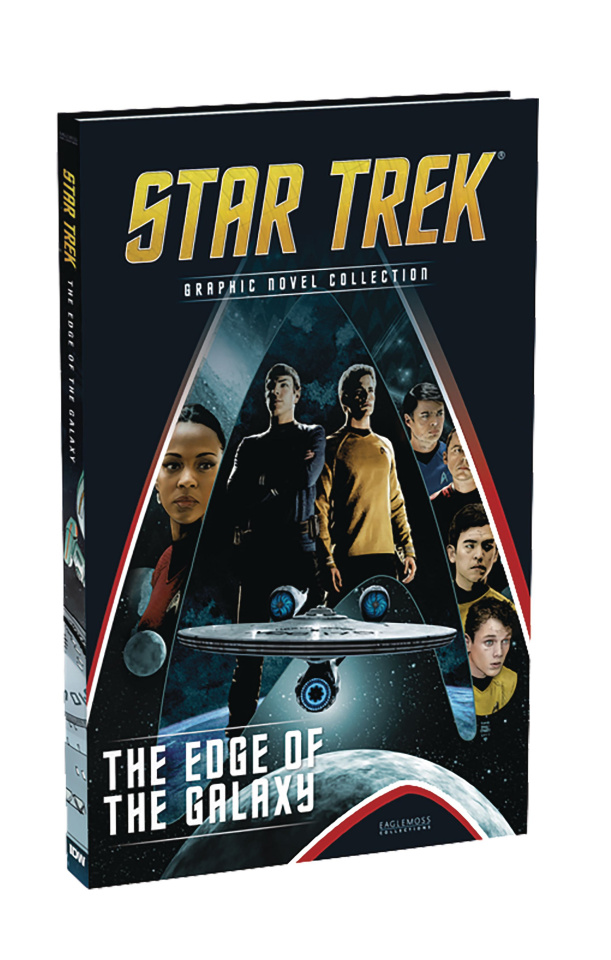