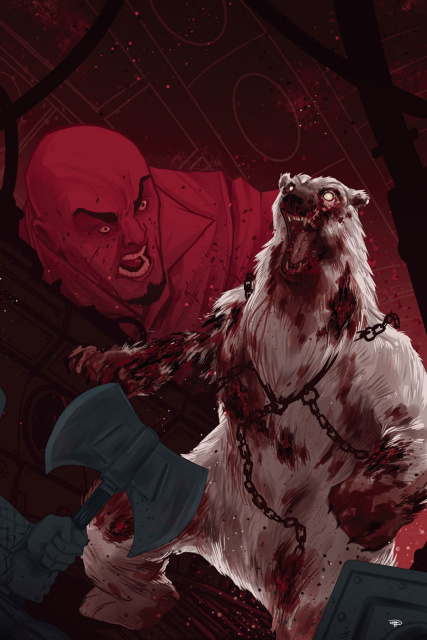 Z Nation: Sea of Death - Part 4! Specialist Israel Johnson and Private Edie Cutter learn the disturbing truth about what really powers the cruise ship Empress of the Seas, even as they inadvertently trigger a mutiny between the authoritarian Crew and their subservient Passengers. The resulting battle unleashes zombie mayhem aboard the close confines of the ship, leading to a vicious fight for survival and the reveal of a jaw-dropping zombie that fans of the genre will never forget.

Sea of Death is a prequel set in the world of Syfy's hit zombie series Z Nation, produced by The Asylum. Featuring Z Nation's signature blend of horror, humor and heart, Sea of Death is a six-issue miniseries from acclaimed writer Fred Van Lente (Marvel Zombies, G.I. Joe) and Craig Engler, based on the long running series Z Nation created by Karl Schaefer and Craig Engler.