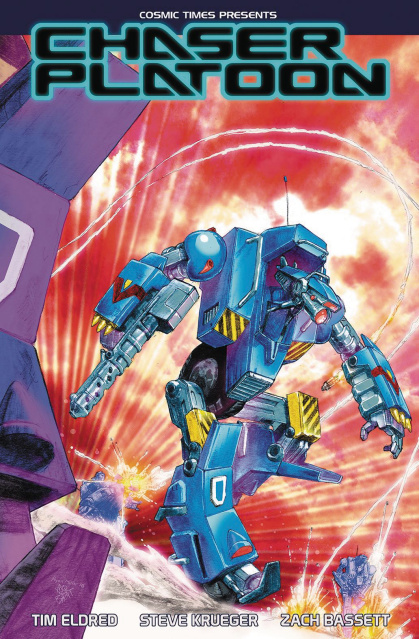 The 1990s smash hit mini-series returns! Chaser Platoon: The Collected Edition presents the entire Chaser Platoon series in full color for the first time. Completely remastered by Zach Bassett, Chaser Platoon follows a group of mech-pilots who are sent on what amounts to be a suicide mission. What they uncover is a dark secret that will have massive ramifications for the war, if they live long enough to report their findings. Tim Eldred's classic story is an action packed tale full of mystery and intrigue set against the backdrop of a war between battling mechanized warriors.