To spare a life, Thor makes the ultimate sacrifice! With the fate of his friend Eric Masterson in the balance, Thor steps in - and finds himself once again bonded to a mortal form! But which deadly foe will bring about such dire straits? Could it be Quicksand? The maniacal Mongoose? A new Executioner? Or as an untethered Asgard drifts into the Negative Zone, Annihilus? As a new era begins for Thor, another legendary hero returns: Zounds, it's Hercules! It will take the combined might of these godly friends, plus She-Hulk, to face not one but two Dooms! In another heavyweight bout, Thor takes on the Juggernaut - with the New Warriors lending a hand! Plus: The High Evolutionary! Doctor Strange! The Thing! Tales of Asgard! Beta Ray Bill! And Ulik joins the Wrecking Crew! 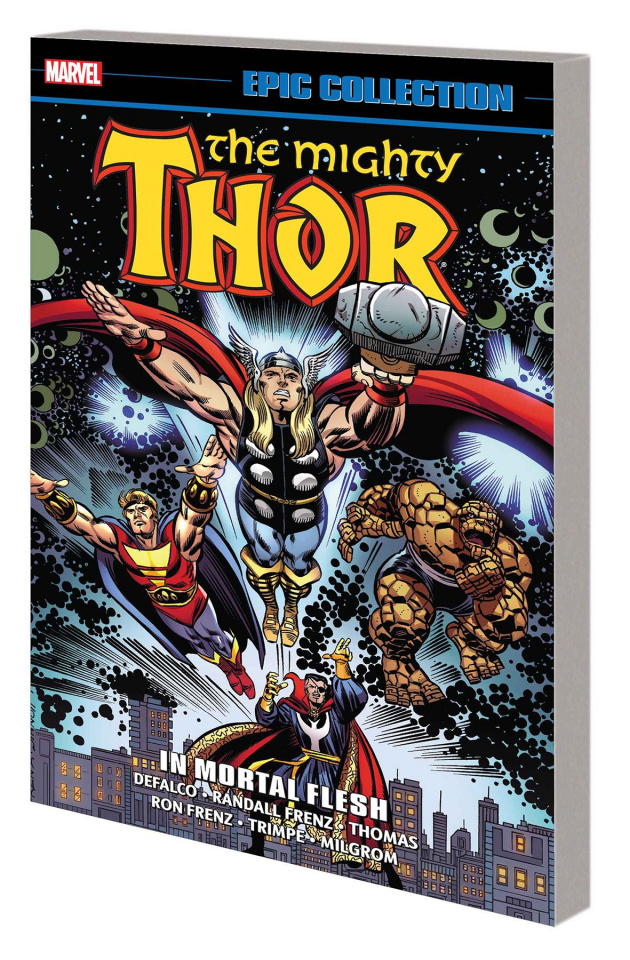