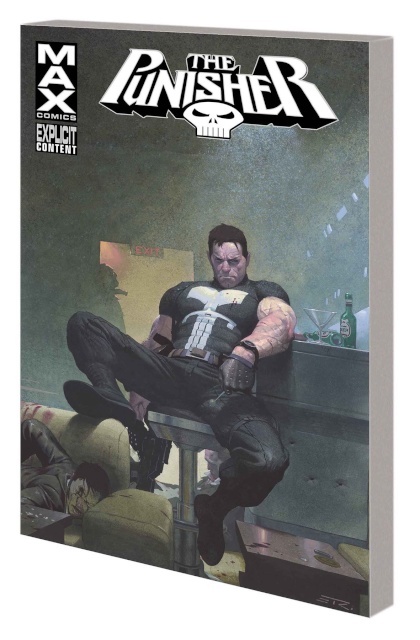 Frank Castle's relentless war on crime continues! It's Christmas, and the Punisher is checking off names on his naughty list! Frank gets creative to snuff some snuff filmmakers! In the United Kingdom, he takes on Earth's hardest soldiers, the SAS, and unleashes his war wagon against a biker gang! But when a hitwoman releases a lurid tell-all, will the Punisher be her salvation, temptation...or damnation? Plus: Stories from the murky world that exists in the Punisher's shadow, starring an opportunistic psycho, a frantic father, a mild-mannered accountant and the young son of one of Frank's victims. When the Punisher is involved, there are rarely any happy endings.