Rocket is grounded...literally! Along with his fellow Guardians of the Galaxy, Rocket has found himself stuck in the last place he'd ever want to be: the backwards, no-class pit of a planet called Earth! It doesn't matter how...it doesn't matter who or what gets in his way...he's just gotta get off this mudball! Right now! But that's easier said than done, as Earth is a world filled with distractions - like Kraven the Hunter! Investigating poor, defenseless creatures being slaughtered in New York City, Rocket goes on the hunt - and finds a hunter! Will Rocket end up stuffed and mounted? Or locked up in a S.H.I.E.L.D. prison? Will his quest to escape Earth be sidetracked for good? Find out as the growling Guardian becomes Earth's bitiest hero! 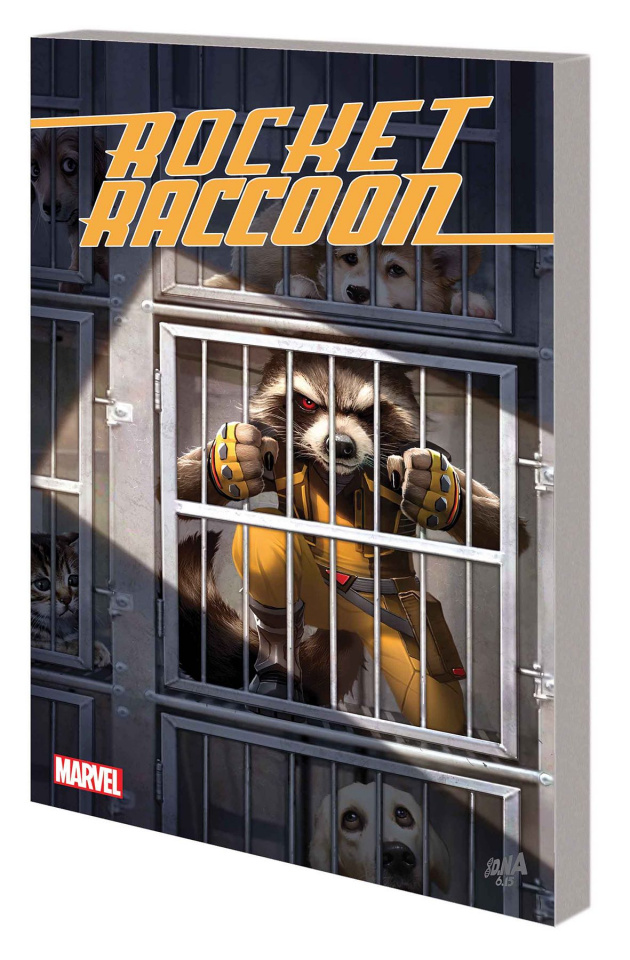