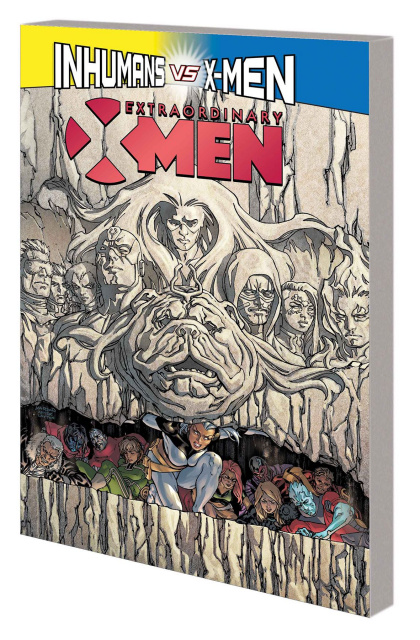 Extraordinary X-Men versus Uncanny Inhumans! The X-Men have learned that the Terrigen Mist - the source of the Inhumans' powers, but lethal to mutants - has reached an irreversible saturation point. Earth is on the verge of being rendered uninhabitable to mutantkind. And now the X-Men see no other option than to strike against the Inhumans to ensure their own survival. But one X-Man doesn't take the decision lightly. Storm has literally led her teammates through hell and back, but will she command them in battle against their longtime friends and allies? What will war mean for Forge, Old Man Logan, Magik and Jean Grey? And if the X-Men come out the other side, what will be the cost? One Extraordinary era ends as another begins!