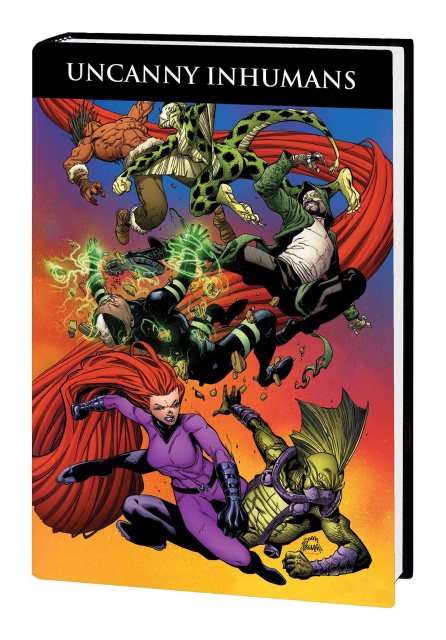 War is hell for the Uncanny Inhumans! First, CIVIL WAR II rocks the Marvel Universe, and the Inhumans are central to the conflict! As one of their own is blessed - or cursed - with the ability to predict the future, disastrous events are set in motion, and tensions between Inhumans and humankind reach a boiling point. Meanwhile, Maximus the Mad seizes the moment to make matters worse! Then, fresh from that conflict, the Inhumans go to war with the X-Men - in a battle that only one side can survive! And in the depths of Black Bolt's Quiet Room, a plan is hatched that will decide Inhumanity's future...and shadowy forces move against Queen Medusa in the wake of her battle against Tony Stark. Big changes are coming for the Inhumans!