Two guys, connected by a name and hundreds of years, somehow stand at the end of man's beginning, and the beginning of man's end. But...it's funny? Also kind of a nightmare. But mostly funny? A funny science FACTion nightmare about the end of everything, but how that's all kind of okay.

Teaming up with MATT FRACTION, the writer of SEX CRIMINALS, CASANOVA, and ODY-C; and the award-winning Spanish artist of Universe! ALBERT MONTEYS, COULTON's SOLID STATE is a tech mashup where 2001: A Space Odyssey meets Office Space and getting all we ever wanted might just be a terrible idea. 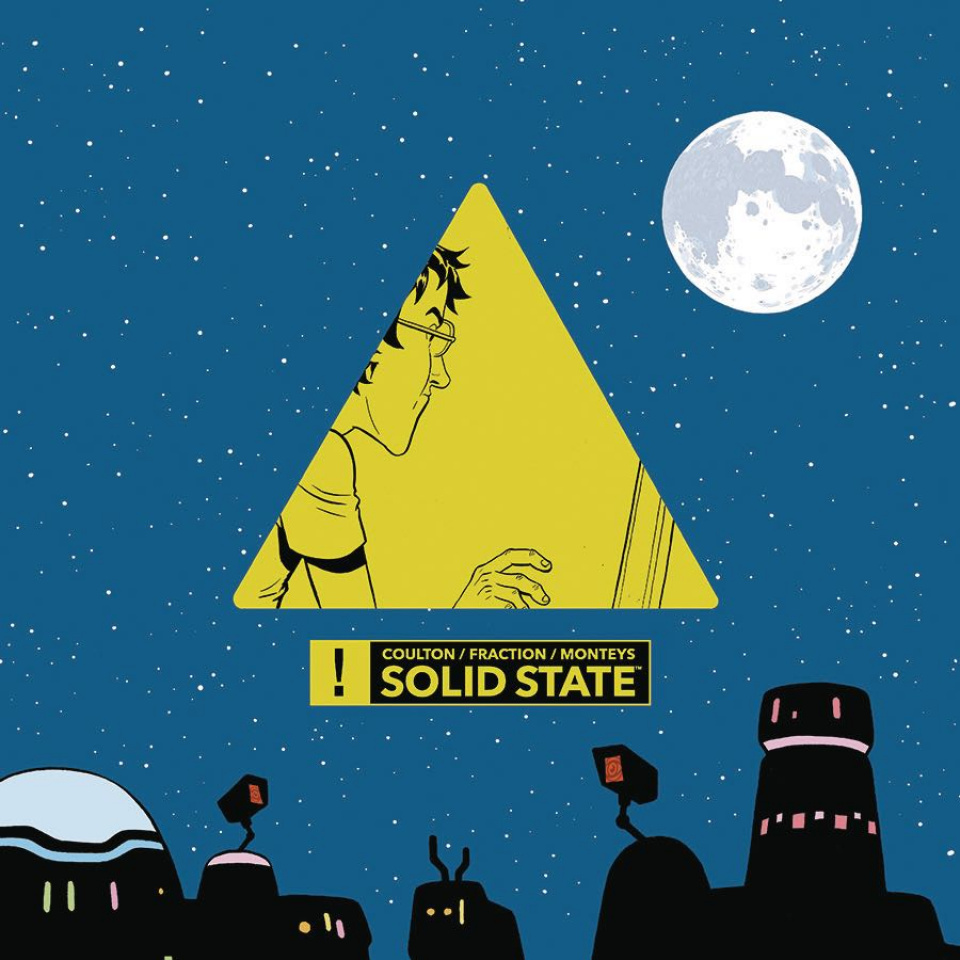