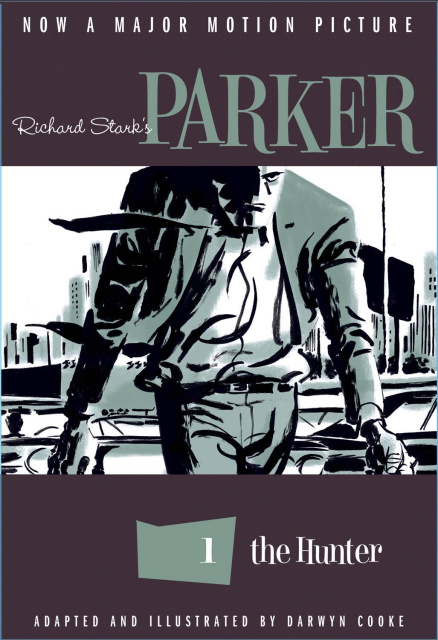 The Hunter is the story of a man who hits New York head-on like a shotgun blast to the chest. Betrayed by the woman he loved and double-crossed by his partner in crime, Parker makes his way cross-country with only one thought burning in his mind-to coldly exact his revenge and reclaim what was taken from him!

Richard Stark (AKA Donald Westlake) was a master writer of crime fiction and Parker is arguably his greatest Creation-having been featured in more than a dozen novels and several well-regarded films (including Point Blank with Lee Marvin and Payback with Mel Gibson), and an upcoming one starring Jason Statham and Jennifer Lopez that will be released this fall.

Master storyteller Darwyn Cooke has won nearly every award available to comics creators. His DC: The New Frontier was turned into an Emmy-nominated animated feature. The Hunter is the first in a series of Parker graphic novels that Cooke is adapting, the first two earning the comics Auteur more Eisner and Harvey awards for his already crowded mantle.