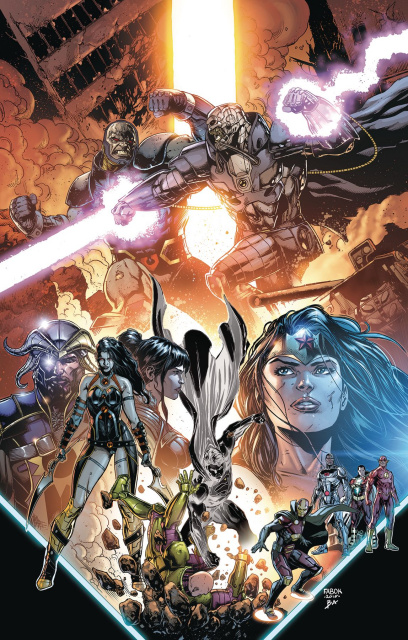 The Justice League originally united to stop the forces of Darkseid from destroying Earth! Now the ruler of Apokolips is back, but this time he's set his sights on the world-shattering Anti-Monitor. Will the combined might of the Justice League be enough to protect Earth from becoming collateral damage as gods fight? This new title collects JUSTICE LEAGUE #40-50, a story from DC COMICS DIVERGENCE #1 and the DARKSEID WAR specials starring Batman, The Flash, Green Lantern, Superman, Lex Luthor and Shazam!