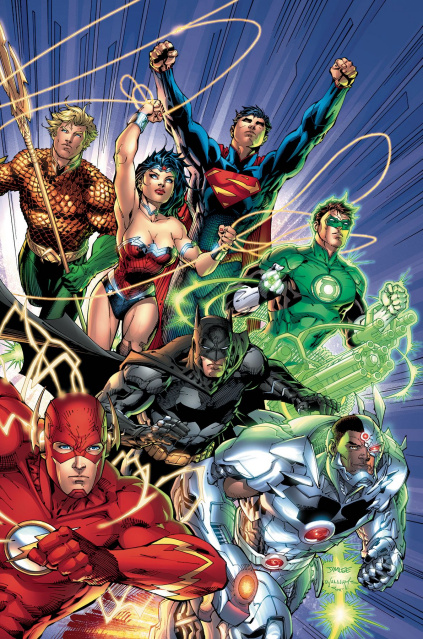 For the first time, Geoff Johns and Jim Lee's stellar run on JUSTICE LEAGUE from the dawn of DC: THE NEW 52 is collected in DC's Absolute Edition format! First, Batman discovers an evil that requires him to unite Superman, Batman, Wonder Woman, Green Lantern, Aquaman, The Flash and Cyborg for the first time as the Justice League! Then, find out who has joined the team after its origin! And why does Green Arrow want to join their ranks so badly? Plus, someone is out to get the Justice League, and he is determined to show the world how mortal these godlike beings really are!